Genesis 3:1-6
1 Now the serpent was more subtil than any beast of the field which the LORD God had made. And he said unto the woman, Yea, hath God said, Ye shall not eat of every tree of the garden?  2 And the woman said unto the serpent, We may eat of the fruit of the trees of the garden:  3 But of the fruit of the tree which is in the midst of the garden, God hath said, Ye shall not eat of it, neither shall ye touch it, lest ye die.  4 And the serpent said unto the woman, Ye shall not surely die:  5 For God doth know that in the day ye eat thereof, then your eyes shall be opened, and ye shall be as gods, knowing good and evil. 6 And when the woman saw that the tree was good for food, and that it was pleasant to the eyes, and a tree to be desired to make one wise, she took of the fruit thereof, and did eat, and gave also unto her husband with her; and he did eat.

This passage of Scripture not only tells us the root cause of sin, but also how to triumph over it. (NOTE: The fact that the woman sinned before the man sinned is inconsequential in so far as understanding the origin of sin.) It begins with the woman being confronted by the serpent while she is alone in the garden. The serpent first challenged the woman’s knowledge of God’s Word. And she resisted that initial maneuver by correctly recounting God’s instruction. The serpent then asserts (without evidence!) that God lied and that there was benefit to eating the fruit (i.e., disobeying God). Then, despite her knowledge of God’s instruction, the woman considers the appeal of the fruit and decides to eat it, because the fruit was “good for food”, “pleasant to the eyes”, and “desired to make one wise”.

In this record of the first sin, God wants us to understand the root cause of sin and how to defeat it. And so He gives us the two factors that, together, can be used to overcome sin and without which sin overcomes us: (1) Knowledge and (2) Supremacy of God’s Word.

Jesus amplifies this point even further by establishing a link between keeping (i.e., knowing and holding on to) His commandments (God’s Word) and fellowship between God and man. That is, we cannot enjoy fellowship (a love relationship) with God without knowing what He says! If we intend to walk in righteousness and NOT to walk in sin, then we must know how to walk and where to walk: we MUST know God’s Word.

All scripture is given by inspiration of God, and is profitable for doctrine, for reproof, for correction, for instruction in righteousness: ~2 Timothy 3:16

Supremacy of God’s Word. Having failed in his initial attack, the serpent tries a second, more insidious tactic: he attacks God’s credibility. The serpent, in essence, challenges the notion that God cared about the woman’s interests/concerns as much as she did. The serpent asserts that the woman had more to gain by charting her own course than accepting God’s prescription. It is at this point that the woman makes the pivotal error: She decides to examine the authenticity of the serpent’s claim from her human perspective. 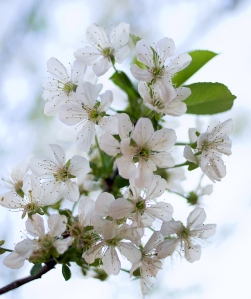 The statutes of the LORD are right, rejoicing the heart: the commandment of the LORD is pure, enlightening the eyes. (Psalm 19:8)

The woman considered the fruit’s appeal to

Though none of these human desires are intrinsically evil, they have no place in the determination of right from wrong. No decision on any matter should be made because of how well they please human desires. Instead God’ Word should be held as supreme. Rather than making God’s Word subject to our desires, we should subject our desires to God’s Word. Only God’s Word differentiates sin from righteousness.

…for thou hast magnified thy word above all thy name. ~Psalm 138:2b

For as the heavens are higher than the earth, so are my ways higher than your ways, and my thoughts than your thoughts. ~Isaiah 55:9

However, we will only hold God’s Word as supreme when we trust that He knows what is best for us, infinitely better than we do. The serpent was successful because the woman, after reflecting on how appealing the fruit was, doubted the integrity of God and the supremacy of His Word.  This is the constant struggle for every Believer: our human nature tells us that we need several things: houses, cars, husbands, wives, children, money.   But, when those perceived needs are not met, can we trust God to sustain us? Or should we take matters into our own hands?   Can a just and loving God withhold the things we feel we so desperately need to make our lives complete?

The fear of the LORD is clean, enduring for ever: the judgments of the LORD are true and righteous altogether. (Psalm 19:9)

A Closing Word on the Serpent. Contrary to popular belief, the serpent did not trick the woman into anything. The serpent falsely accused God of lying, but that does not constitute a trick; it is just a false accusation. Notably, Scripture, does not involve the devil in its description of the sin process that takes place within a person:

But every man is tempted, when he is drawn away of his own lust, and enticed.  Then when lust hath conceived, it bringeth forth sin: and sin, when it is finished, bringeth forth death. ~James 1:14-15

Instead, Scripture places the responsibility squarely on the individual. The devil will try to make us fall, but we can choose to trust God’s Word (if we know it) and TRIUMPH!