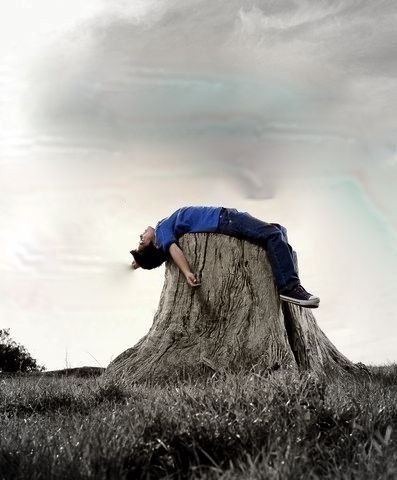 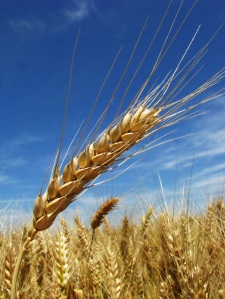 24Then he which had received the one talent came and said, Lord, I knew thee that thou art an hard man, reaping where thou hast not sown, and gathering where thou hast not strawed: 25And I was afraid, and went and hid thy talent in the earth: lo, there thou hast that is thine. 26His lord answered and said unto him, Thou wicked and slothful servant, thou knewest that I reap where I sowed not, and gather where I have not strawed: 27Thou oughtest therefore to have put my money to the exchangers, and then at my coming I should have received mine own with usury. 28Take therefore the talent from him, and give it unto him which hath ten talents. 29For unto every one that hath shall be given, and he shall have abundance: but from him that hath not shall be taken away even that which he hath. 30And cast ye the unprofitable servant into outer darkness: there shall be weeping and gnashing of teeth. ~ Matthew 25:14-30

This is the second of three parables on various aspects of salvation that Jesus gives in Matthew 25. In this famous Parable, a king leaves money with three servants while he goes on a trip. When he returns, two of his servants have increased the money they were responsible for. The third gave the king no increase because he had simply hid the money. Jesus uses this parable to show that work is the tangible evidence of salvation and that righteousness empowers faith to produce work.
As the king leaves to go on his trip, Jesus notes, vs. 15, that the servants were given responsibility according to their ability. This point is key because it shows that: (1) The Christian life is not a “free lunch” and (2) God has a job for everyone perfectly tailored to each person’s ability. This is a clear principle in Scripture:

For by grace are ye saved through faith; and that not of yourselves: it is the gift of God: Not of works, lest any man should boast. For we are his workmanship, created in Christ Jesus unto good works, which God hath before ordained that we should walk in them. ~ Ephesians 2:8-10

We are NOT saved by works, BUT we are saved (by grace through faith) to do WORK.

Furthermore, since each servant was given responsibility according to his/her ability, Jesus also removes the doubt as to whether they could manage their tasks or not. So, the only issue remaining is willingness. Since their ability to do the job was no longer in doubt, the rest of the parable focuses on their willingness to do the job. The application to our lives is straightforward: Jesus has a job for each of us to do; a job that perfectly matches our abilities. So the question is never, “CAN I do the work?”, instead it is “WILL I do the work?”. 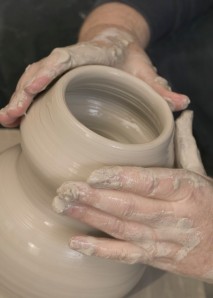 For we are his workmanship, created in Christ Jesus unto good works, which God hath before ordained that we should walk in them. ~Eph. 2:10

Two of the three servants went to work, increasing the value of resources their master left with them, v. 16, 17. They worked with what they had available. There is no mention of whether the resources in their control were suitable or sufficient; no quarrelling that one had more or that one had less. No complaints are noted as to whether the circumstances for work were ideal or not. They simply went to work. Likewise, God has invested talents, skills, gifts in each Christian and He expects us to get to work, WITHOUT COMPLAINT; maximizing His investment (in us) for His glory.

For other foundation can no man lay than that is laid, which is Jesus Christ. Now if any man build upon this foundation gold, silver, precious stones, wood, hay, stubble; Every man’s work shall be made manifest: for the day shall declare it, because it shall be revealed by fire; and the fire shall try every man’s work of what sort it is. If any man’s work abide which he hath built thereupon, he shall receive a reward. ~1 Corinthians 3:11-14

In contrast, the 3rd servant did not go to work. Instead, he hid the resources till his master returned. He reasoned that his actions were justifiable because his master was “hard man, reaping where thou hast not sown, and gathering where thou hast not strawed”, v. 24. The king, however, exposed the error of the 3rd servant’s argument, by noting that it implied the servant should have increased the king’s wealth instead of maintaining the status quo, v. 27. This exchange is really the crux of the parable. It reveals that the 3rd servant failed to work for three reasons: (a) He saw the king as “hard”/mean; (b) He saw the king as unfair and (c) He saw himself as king.

First, the 3rd servant saw the king as “hard”, v. 24. In his view the king wouldn’t tolerate mistakes; any loss on the investment would be penalized. Many of us likewise see God as a harsh taskmaster who punishes every mistake. When we see God that way it makes us risk averse, like the 3rd servant, because we don’t want to “mess up” and “get in trouble” for a misstep. In so doing, however, our world narrows and opportunities to serve God pass us by. In that mindset, danger lies everywhere, waiting to jump out on us, so “don’t do this, don’t do that, don’t go there, don’t try that, JUST DON’T…! The hidden assumption is that somehow God isn’t available to protect His children (so they better protect themselves). Or, that everything that goes wrong in a Christian’s life is a punishment, so the only way to survive is to play it safe. But this is not true; God loves us and He is merciful:

The LORD is gracious, and full of compassion; slow to anger, and of great mercy. ~Psalm 145:8

Also, things sometimes happen (Job 1-2) that we might never understand in this life, but God is still on our side.

Fear not: for I have redeemed thee, I have called thee by thy name; thou art mine. When thou passest through the waters, I will be with thee; and through the rivers, they shall not overflow thee: when thou walkest through the fire, thou shalt not be burned; neither shall the flame kindle upon thee. ~ Isaiah 43:1b-2 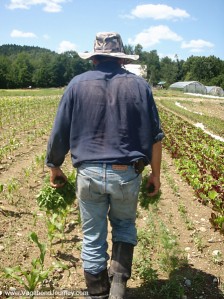 I must work the works of him that sent me, while it is day: the night cometh, when no man can work… ~John 9:4

Second, the 3rd servant also saw the king as “reaping where thou hast not sown, and gathering where thou hast not strawed”, v. 24. In other words, he saw the king as unfair. The idea here is that the king did not give his servants what they deserved; they did not benefit from their labor. Many of us often see God the same way: “God does not give me what I deserve”, “God is not fair”. Often we view ourselves as “working hard” for God, but not being rewarded by Him. “I did everything right, so why don’t I have a husband?” “I played by the rules, so why am I still struggling financially?” “I worship faithfully, so why is my child sick?” In fact, Asaph, the psalmist, expressed similar feelings

But as for me, my feet were almost gone; my steps had well nigh slipped.
For I was envious at the foolish, when I saw the prosperity of the wicked.
They are not in trouble as other men; neither are they plagued like other men.
…they have more than heart could wish.
Behold, these are the ungodly, who prosper in the world; they increase in riches.
Verily I have cleansed my heart in vain…
When I thought to know this, it was too painful for me…~Psalm 73:2-3, 5-7b, 12-13a, 16

But, through prayer, he eventually realized that God is to be trusted because He is LORD.

My flesh and my heart faileth: but God is the strength of my heart, and my portion for ever.
For, lo, they that are far from thee shall perish…
But it is good for me to draw near to God: I have put my trust in the Lord GOD, that I may declare all thy works. ~Psalm 73: 26-28

For as the heavens are higher than the earth, so are my ways higher than your ways, and my thoughts than your thoughts. ~Isaiah 55:9

There was still another problem for the 3rd servant. Servants in Jesus’ day did not own anything. Any increase that came as a result of their labor belonged to their master who would decide how to reward them, if they even rewarded them at all. It seems that framework was unbearable for the 3rd servant. What was in it for him? No matter how hard he worked or how successful he was, the rewards belonged to his master. He could only secure his “just” reward if he was king. The same is true for with God: it ALL belongs to Him:

The earth is the LORD’s, and the fulness thereof; the world, and they that dwell therein. ~ Psalm 24:1

And He alone decides what to do with it. When we focus on ourselves, instead of God, life will always seem unfair. Freedom comes when we can accept that we are not kings; we are servants of a Master who truly loves us. Only then will we be able to freely…

…Present our bodies a living sacrifice, holy, acceptable unto God, which is our reasonable service. ~ Romans 12:1 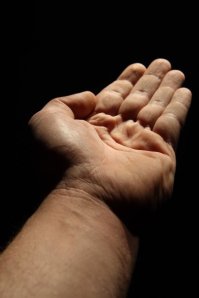 …Without faith it is impossible to please him: for he that cometh to God must believe that He is, and that He is a rewarder of them that diligently seek him. ~ Hebrews 11:6 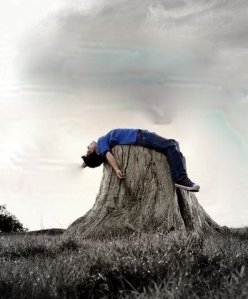 Finally, Jesus reveals an awesome truth in the parable: The Saved are the Workers & the Workers are the Saved. The 3rd servant is cast into “outer darkness”, which is a plain reference to Hell. He was not saved! The application is that the saved were those who worked (the first two servants in the parable), v. 21, 23; the servant who did no work was not saved. Clearly, Salvation is NOT by works (Ephesians 2:9). But equally true, “works” testify that salvation HAS taken place, or as James explains “Faith without works is dead” (James 2:26). The one who is truly Saved will WORK!