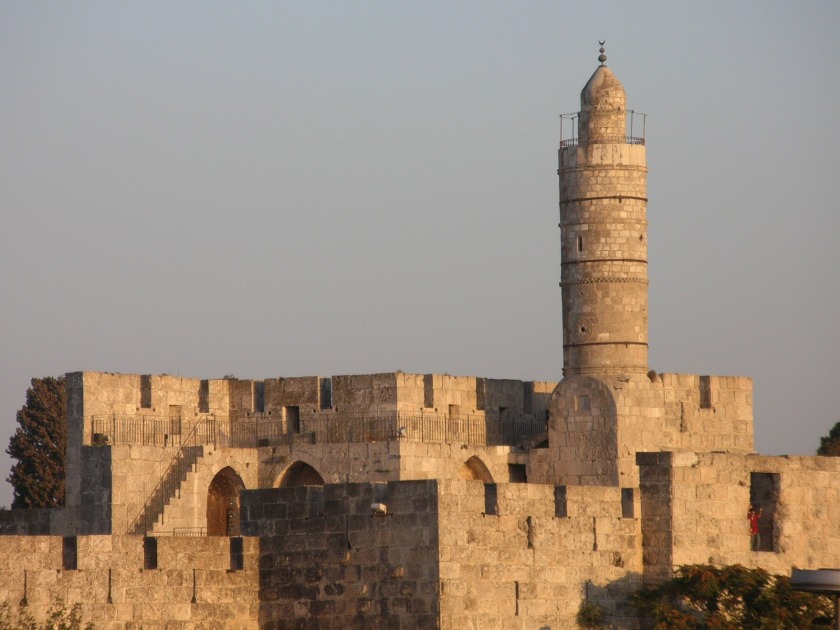 The first chapter of Jeremiah closes with God announcing that He had made Jeremiah into three things:

God used these symbols to send a message through Jeremiah to the people of Judah, and He is still using them to speak to believers today.

The capital (and other prominent) cities of almost every nation in Jeremiah’s time would have been walled (i.e., defenced). A city encircled by a wall offered its inhabitants the greatest possible security from foreign invaders. Moreover, when the nation came under attack, people from nearby communities could also find refuge in the walled cities. Lastly, the security afforded by the walls enabled those cities to flourish economically as trading centers for their nation.

Therefore, a defenced city was a tangible symbol of salvation to a nation: salvation from their enemies and salvation unto (material) prosperity. And, since Jerusalem’s walls had never been breached, not even by the mighty Assyrian army (who had destroyed Israel) the people of Judah had (mistakenly) come to value their wall as THE essential line of protection from their enemies, it had become their salvation.

However, God had already predicted the destruction of Jerusalem and the defeat of the people of Judah (Jeremiah 1:13-16): their defenced city would not protect them. However, by making Jeremiah a defenced city, God reminded the people of Judah that security came from being in God’s will, not behind giant walls.  It is God who provides protection, not stacks of bricks.

Jerusalem would be destroyed by the Babylonians because the people had abandoned God, going their own way, living in disobedience and trusting in their own strength.

He [Nebuchadnezzar] carried away… ALL the mighty men of valour… ~ 2 Kings 24:14b 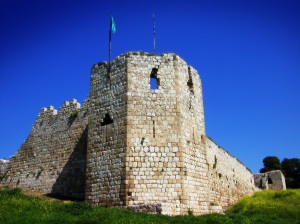 “Because thou hearkenedst not unto the voice of the LORD thy God, to keep his commandments and his statutes… Because thou servedst not the LORD thy God with joyfulness, and with gladness of heart… The LORD shall bring a nation against thee… And he shall besiege thee in all thy gates, until thy high and fenced walls come down, wherein thou trustedst” (Deut. 28:45b, 47, 49a, 52a)

The people of Judah focused on a physical battle, but the real battle was spiritual.   The reason for their downfall would not be their walls, but their sins: their idolatry (Jeremiah 1:16). Hence, the real battle was not against the Babylonians, it was against their own iniquity/wickedness.  And true victory was obedience to God’s will: fulfilling His perfect plan for their lives, both as individuals and as a nation.

However, they chose the losing side of the spiritual battle, living by their wills rather than God’s will. Consequently, with God’s judgment (to be executed by the Babylonians) on the horizon, the size/strength of their walls was immaterial: What human walls can stand up to God’s judgment?

Thus saith the LORD, Let not the… mighty man glory in his might… But let him that glorieth glory in this, that he understandeth and knoweth me, that I am the LORD which exercise lovingkindness, judgment, and righteousness, in the earth: for in these things I delight, saith the LORD. ~ Jeremiah 9:23b, 24

Conversely, Jeremiah, who symbolized God’s defenced city, was undefeatable, because he walked in obedience to God, trusting in God alone for his salvation. Indeed, the people, the nobles and the kings of Judah would all try to get rid of Jeremiah. But all their efforts failed. Though, Jeremiah suffered physically and even emotionally, he lived to see the prophecies God spoke through him come true; God’s will was accomplished in his life: he was victorious.

Now, to be clear, there is nothing intrinsically wrong with any of these artifacts: it is okay to lock the doors at night. However, the sweetness of a believer’s sleep doesn’t depend on the size of his/her door locks. The strength of a nation does not rest on the strength of its military.

And fear not them which kill the body, but are not able to kill the soul: but rather fear him which is able to destroy both soul and body in hell. ~ Matthew 10:28

For we wrestle not against flesh and blood, but against principalities, against powers, against the rulers of the darkness of this world, against spiritual wickedness in high places. ~ Ephes. 6:12

Truly, this world can often be a frightening place: children can’t play freely because of predators; there is the threat of home invasions; some of us live in crime-riddled neighborhoods where even stray bullets are a threat; when and where will the next terrorist attack be? However, the lesson of Jeremiah teaches us that the only thing to be afraid of is unrighteousness. Like the people of Judah, it is our own sinfulness that truly endangers our existence.

He that hath no rule over his own spirit is like a city that is broken down, and without walls. ~Proverbs 25:28

Nothing we do of our own strength can protect us from the evils of this world. Indeed, some of the evils will befall us because of our own bad judgment, because of our disobedience to God. But, while we are walking in God’s will, though the evil of the world may touch us, it can’t defeat us, because a believer’s victory is not in earthly security, it is in eternal security. Our victory isn’t in physical safety, it is in spiritual strength: we are victorious when God’s will is accomplished in us, not when we escape the travails/struggles of life.

They had moved to an address within God’s will. They realized that security was found within the will of God not the walls of man. 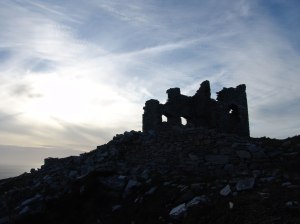 “Do good in thy good pleasure unto Zion: build thou the walls of Jerusalem. Then shalt thou be pleased with the sacrifices of righteousness” (Psalm 51:18-19a)

…Jerusalem shall be inhabited as towns without walls… For I, saith the LORD, will be unto her a wall of fire round about, and will be the glory in the midst of her. ~ Zech. 2:4b-5

In that day shall this song be sung in the land of Judah; We have a strong city; salvation will God appoint for walls and bulwarks. ~ Isaiah 26:1

Violence shall no more be heard in thy land, wasting nor destruction within thy borders; but thou shalt call thy walls Salvation, and thy gates Praise. ~ Isaiah 60:18

Let us find our security walking in the will of God, rather than behind the walls of man. For if we walk outside of God’s salvation, there are no walls that can stand up to God’s judgment.