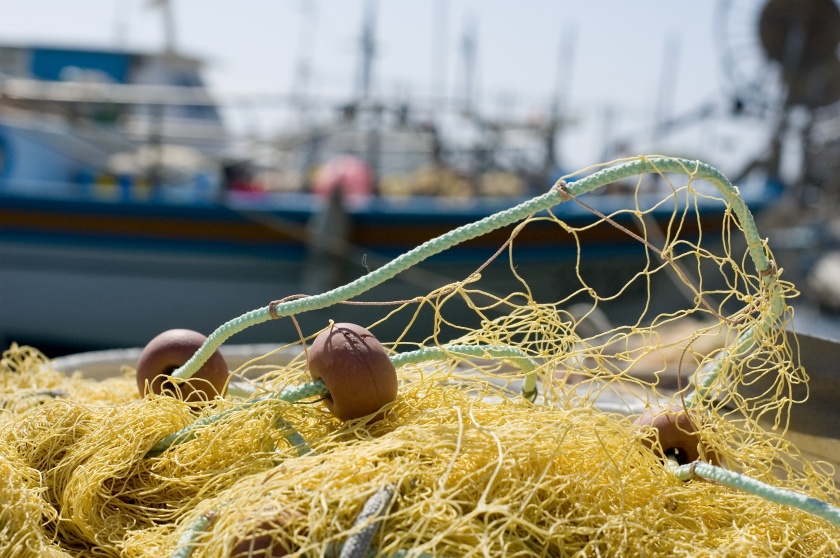 “Now as he walked by the sea of Galilee, he saw Simon and Andrew his brother casting a net into the sea: for they were fishers. And Jesus said unto them, Come ye after me, and I will make you to become fishers of men. And straightway they forsook their nets, and followed him. And when he had gone a little farther thence, he saw James the son of Zebedee, and John his brother, who also were in the ship mending their nets. And straightway he called them: and they left their father Zebedee in the ship with the hired servants, and went after him.” ~ Mark 1:16-20

This account of Jesus calling Simon (Peter) and Andrew, and James and John to be His disciples gives us an object lesson on ministry and mindset.

Ministry. First, we notice that both pairs of brothers were fishermen when Jesus called them to follow Him and become fishers of men. Since fishermen use nets to catch fish in the sea, Jesus would equip His disciples with the Gospel to catch men in the world. But fishermen not only cast their nets, as Simon and Andrew were doing, they also have to spend time preparing their nets, as were James and John. Similarly, the Church has two main ministries under which all its activities fall: Evangelism and Discipleship.

Evangelism is concerned with casting the Gospel net far and wide so that God can fill it with new Believers.

Discipleship, on the other hand, is about preparing the Gospel, teaching it to Believers so that it can be delivered to the world. Every Christian is expected to be busy at work daily either casting nets as they share the word with non-believers, or preparing the Gospel to be cast out as they teach and encourage believers about God.

Mindset. Second, we learn that all four fishermen responded immediately to Jesus’ call; leaving their nets behind to join His ministry.

It is important to understand that this was not the first time they had heard of Jesus. The Gospel of John (John 1:35-42) tells us that Andrew was already a disciple of John the Baptist when he and another of John the Baptist’s disciples approached Jesus to learn about His ministry. After his experience with Jesus, he went and told his brother Simon that he had found the Messiah.

We also know that the four men were business partners (Luke 5:10), therefore it is quite likely that James and John were recruited by Simon and Andrew, or that they too were disciples of John the Baptist passed on to Jesus.

Thus, by the time Jesus called them, they already knew who He was; and had developed a mindset for service:

“Simon Peter went up, and drew the net to land full of great fishes, an hundred and fifty and three: and for all there were so many, yet was not the net broken.” ~ John 21:11

They were waiting on His call!

Similarly, many Believers have already spent time journeying with Jesus, learning about Him in church, in Bible studies, Christian literature/media and (hopefully) their own personal study of His Word (The Bible). Hence, the questions we must ask are,

We must also keep in mind that the disciples didn’t have perfect faith, even after Jesus’ death AND resurrection some still doubted (Matthew 28:17). BUT they all made the step of faith to follow Him, to join His ministry.

Just like them, we don’t have to wait until our faith is big and/or perfect; if we do, then we will NEVER go. We will always just be sitting on the sidelines. Yes, we believe in Jesus, but we never put it into practice; we never exercise that faith.

Moreover, we must be very careful when we choose to sit on the sidelines of Christianity, because Scripture tells us plainly that there is no such thing as faith without action:

Even so faith, if it hath not works, is dead, being alone… shew me thy faith without thy works, and I will shew thee my faith by my works… For as the body without the spirit is dead, so faith without works is dead also. ~ James 2:17, 18b, 26

Therefore, if we know who Jesus is, if we have some idea of His plan, then let us no longer sit back. Let us rise to the challenge; let us put fears, doubts and distractions aside; and join Him, as He prepares us to carry on His ministry, in whatever way He chooses.

Having then gifts differing according to the grace that is given to us, whether prophecy, let us prophesy according to the proportion of faith; Or ministry, let us wait on our ministering: or he that teacheth, on teaching; Or he that exhorteth, on exhortation: he that giveth, let him do it with simplicity; he that ruleth, with diligence; he that sheweth mercy, with cheerfulness. ~ Romans 12:6-8

And he [Jesus] gave some, apostles; and some, prophets; and some, evangelists; and some, pastors and teachers; For the perfecting of the saints, for the work of the ministry, for the edifying of the body of Christ ~ Ephesians 4:11-12