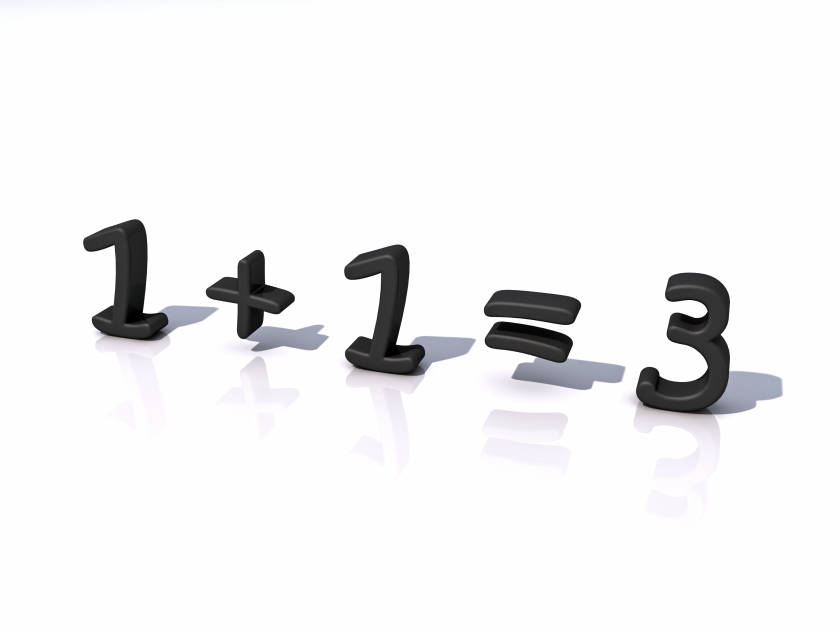 “So went Satan forth from the presence of the Lord, and smote Job with sore boils from the sole of his foot unto his crown.” ~ Job 2:7

God never told Job or Job’s friends the reason for Job’s troubles (as recorded, for us, in Job 1-2).  Therefore, in dealing with problems that come our way, our preoccupations should be on our response to the problems rather than the reason for the problems.

We take this approach because we think of life deterministically: we assume for every effect there exists a rationally explainable cause.  This however, was not true in Job’s situation.  His troubles did not come because of any sin he had done.  To be clear, Job was not perfect: no man was, no man is; except for our Lord, Jesus Christ.

We see the predicament of the cause-and-effect, deterministic approach with Job’s three friends.  When they heard of his troubles, they journeyed from their homelands to commiserate with him.  After mourning with him in silence for a week, they started talking with him.  And each of them concluded that Job’s problems must have come upon him because of some sin.  Job, they reasoned, must have sinned (THE CAUSE) since they last saw him and that was why God had allowed such a great tribulation (THE EFFECT) to engulf him.

However, as God made plain, they were wrong; so wrong that they were in trouble with God:

“And it was so, that after the Lord had spoken these words unto Job, the Lord said to Eliphaz the Temanite, My wrath is kindled against thee, and against thy two friends: for ye have not spoken of me the thing that is right, as my servant Job hath.” ~ Job 42:7

Clearly, sometimes our troubles are the effect of wrong choices: e.g., careless driving is the cause of many accidents.  However, there can come a time in a Believer’s life when things just fall apart, for no discernible reason: sometimes things just don’t “add up”.

“My heart is sore pained within me: and the terrors of death are fallen upon me.
Fearfulness and trembling are come upon me, and horror hath overwhelmed me.
And I said, Oh that I had wings like a dove! for then would I fly away, and be at rest.
Lo, then would I wander far off, and remain in the wilderness. Selah.
I would hasten my escape from the windy storm and tempest.”
~ Psalm 55:4-8

Job’s wife illustrates for us the other end of the wrong-response spectrum.  Unlike Job’s friends, she had lived with Job all this time: she knew Job had not done anything to deserve his troubles: she knew there was no ‘cause’ for the ‘effect’ Job was facing.  Therefore, she concluded that Job should “curse God, and die” (Job 2:9).  In other words, if there is no rationale behind life’s difficulties, then life was not worth living and it certainly was not worth living God’s way.  This approach says “If I can’t find a reasonable cause for these awful effects I am seeing/experiencing, then I might as well give up.”

Job, however, got it right.  A careful reading of the book of Job reveals that Job did not just accept his plight passively or resignedly.  Rather, Job argued his case vigorously against God, declaring repeatedly that God was unfair: there was no cause (he had not done anything wrong) for this calamity God had sent to him.  Job went as far as to challenge God in court.  If he could take God to court, Job reasoned that he would win the case against God.  Job was just as trapped in deterministic, cause-and-affect thinking as his friends and his wife.

“Then Job answered and said, Even to day is my complaint bitter: my stroke is heavier than my groaning.  Oh that I knew where I might find him! that I might come even to his seat!

I would order my cause before him, and fill my mouth with arguments.  I would know the words which he would answer me, and understand what he would say unto me.

Will he plead against me with his great power? No; but he would put strength in me.  There the righteous might dispute with him; so should I be delivered for ever from my judge.” ~ Job 23:1-7

So what did Job do right?

What Job got right was that Job didn’t give up on life and God (as his wife seemed to do).  He also, didn’t make up a cause where there was none, as his friends had erroneously done: Job didn’t try to “explain it away”.

“Therefore if any man be in Christ, he is a new creature: old things are passed away; behold, all things are become new.” ~ 2 Corinthians 5:17

But, above all, what Job did right was to remain, to stand fast.  In the midst of an onslaught of un-rationalize-able troubles including the crushing loss of all ten of his beloved children, for whom he had offered sacrifices daily to God just in case they accidentally sinned and angered Him (Job 1:5), Job never gave up on God or God’s way.

Job decided that he would wrestle with God until God worked it out.  As far as Job was concerned, God had better show up because Job was not going anywhere.  He was going to sit in the garbage dump scratching his painful boils and talking with God until God responded.

And if God didn’t respond, Job was sure there was a go-between called The Redeemer who would take up his cause for him.

“Why do ye persecute me as God, and are not satisfied with my flesh?
Oh that my words were now written! oh that they were printed in a book!
That they were graven with an iron pen and lead in the rock for ever!
For I know that my redeemer liveth, and that he shall stand at the latter day upon the earth:
And though after my skin worms destroy this body, yet in my flesh shall I see God:
Whom I shall see for myself, and mine eyes shall behold, and not another; though my reins be consumed within me.” ~ Job 19:22-27

Job was going to try to resolve the issue with God, even if he died waiting.  His life wasn’t making sense anymore, but Job wasn’t about to leave God and Job wasn’t going to pretend he understood what God was doing.

God never did explain to Job, He responded (Job 39-42), but He never explained.  Instead, God reminded Job that Job was just a man; Job’s responsibility was not to understand: Job’s job was to be faithful: to remain steadfast even when nothing made sense to him, even when reason failed.

“But we have this treasure in earthen vessels, that the excellency of the power may be of God, and not of us.
We are troubled on every side, yet not distressed;
We are perplexed, but not in despair;
Persecuted, but not forsaken;
Cast down, but not destroyed”
~ 2 Corinthians 4:7-9