And the disciples went, and did as Jesus commanded them, And brought the ass, and the colt, and put on them their clothes, and they set Him thereon.

And a very great multitude spread their garments in the way; others cut down branches from the trees, and strawed them in the way. And the multitudes that went before, and that followed, cried, saying,

“Hosanna to the son of David: Blessed is he that cometh in the name of the Lord; Hosanna in the highest.”

And when He was come into Jerusalem, all the city was moved, saying, “Who is this?”

And the multitude said, “This is Jesus the prophet of Nazareth of Galilee.” (Matthew 21:6-11)

Holy Week, as it is traditionally called, begins with Palm Sunday, the penultimate Sunday of Lent, the last Sunday before Easter Sunday. Palm Sunday commemorates Jesus’ triumphal entry into Jerusalem, just before His final celebration of the Passover.

In His “Triumphal Entry”, Jesus rode into Jerusalem on a donkey, fulfilling Zechariah’s prophecy, made more than five hundred years earlier (Zechariah 9:9) and signifying, according to the tradition of the time, that He was coming in peace, not in war: He was delivering mercy, not judgment.

As Jesus rode into Jerusalem, a large crowd gathered singing “Hosanna to the son of David: Blessed is he that cometh in the name of the Lord; Hosanna in the highest” (Matthew 21:9). The word “Hosanna” means “Oh save” or “Save now”, therefore, the shouts from the crowd were as much a plea as a celebration: They were celebrating Jesus’ arrival and they were looking to Him to save them. 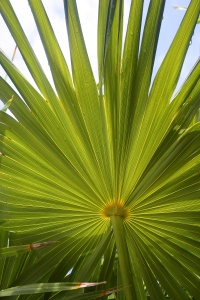 The question is, “Save how?”

Just a few days later, crowds would again assemble, but then they would look to Barabbas (a Zionist rebel) for salvation and reject Jesus completely.

What could have brought about such a dramatic change of heart for the multitudes?

How did Jesus go from savior to schmuck?

Our text suggests that the answer lies in mistaken identity. In vv. 10-11, the crowds are asked the simple question: “Who is this?” And they replied, “This is Jesus the prophet of Nazareth of Galilee.” This however was the wrong answer. To understand why, we must turn to an earlier exchange between Jesus and His disciples, given below:

“When Jesus came into the coasts of Caesarea Philippi, he asked his disciples, saying, “Whom do men say that I the Son of man am?”
And they said, “Some say that thou art John the Baptist: some, Elias; and others, Jeremias, or one of the prophets.”
He saith unto them, “But whom say ye that I am?”
And Simon Peter answered and said, “Thou art the Christ, the Son of the living God.”
And Jesus answered and said unto him, “Blessed art thou, Simon Barjona: for flesh and blood hath not revealed it unto thee, but my Father which is in heaven.” ~ Matthew 16:13-17

Even then the crowds saw Jesus as a prophet, potentially, even a great prophet; but ONLY a prophet. Jesus, however, rejects this identification and accepts ONLY His correct title: The Christ (The Anointed One), The [only begotten] Son of the living God, The Messiah.

The crowds missed this truth: they had only ever seen Jesus as a prophet: a great prophet who could help them, but ONLY a prophet. They never recognized Jesus as The Messiah, their Messiah: they had mistaken His identity.

To not recognize Jesus as Messiah meant they could never be part of His Kingdom, they could never receive the grace needed for the Salvation that God offered. To not recognize Jesus as Messiah meant that they would always look for a Saviour, but they would never be saved. The multitude wanted to make Jesus, “the prophet”, king of their kingdom. But Jesus, The King, came so that the multitude could become part of His Kingdom.

And when Jesus declined to rule over their kingdom, and invited them into His Kingdom instead, they rejected Him. And in His place they chose Barabbas to be their champion. The multitude wanted their nation, Israel, to return to its glory as in the days of David and Solomon: they wanted to attain glory on earth. So they sought someone who would promise to give them the glory they sought; someone who would lead them where they wanted to go and tell them what they wanted to hear.

Today, many of us also fail to recognize Jesus as Messiah. We too see Him as just a prophet, or even a good man who did some good things a good time ago. Therefore, we look to other means, methods and messiahs for Salvation. Some seek a Messiah from another religion, some seek a messiah in their own achievements/works, and for others the messiah’s name is Science/Philosophy.

And, just like the multitude, when Jesus rejects our request to rule in our personal kingdoms, we are tempted to find someone/something that will champion the lives we desire to live. Someone who will tell us what we want to hear and who will lead us where we want to go. We are tempted to trade Jesus for Barabbas.

However, to recognize Jesus as The Messiah, as The Christ, The Anointed One, we must see Him as more, much more than a prophet. A prophet brings words of life, but Jesus is life itself. As Scripture tells us:

Moreover, to recognize Jesus as The Messiah, as The Christ, The Anointed One, we must see Him as King of His Kingdom. Jesus will not accept our invitation to be king over a kingdom we give to Him. We do not get to decide what aspects of our lives Jesus will rule. Instead, Jesus invites is into His Kingdom.

Jesus leads us where He wants us to go and He tells us what He wants us to hear. And our glory is neither sought nor found in the things of this earth: we seek and we find glory in Him, ONLY in Him.

This is Jesus’ identity: He is not just a prophet: Jesus is the Son of the living God, our Saviour and the one who holds together the very universe we live in.

“For by Him were all things created, that are in heaven, and that are in earth, visible and invisible, whether they be thrones, or dominions, or principalities, or powers: all things were created by Him, and for him: And He is before all things, and by Him all things consist. And He is the head of the body, the church: Who is the beginning, The Firstborn from the dead; that in all things He might have the preeminence.” ~ Colossians 1:16-18

Jesus is King of His Kingdom.

In our text, though they praised Him, the multitude did not recognize Jesus’ identity and when He was crucified their praises disappeared. They did not want to live in that Kingdom; for the multitude, there was no glory in the Cross.

But that was a long time ago. The challenge for each one of us now, in this moment in time, is,

“Do I recognize Jesus?”