“Let no man say when he is tempted, I am tempted of God: for God cannot be tempted with evil, neither tempteth he any man: but every man is tempted, when he is drawn away of his own lust, and enticed. Then when lust hath conceived, it bringeth forth sin: and sin, when it is finished, bringeth forth death.” ~ James 1:13-15

Our text presents a radical approach to sin, sinfulness that is commonly overlooked. In general, our approach to dealing with sin in our lives, as well as when helping others struggling with their own sins, is simply to focus on the sin itself and stopping the sin.

For example, if someone steals, we tell them to stop stealing; if we find ourselves being untruthful, then we try to stop lying, and so on. The focus is exclusively on stopping the sin the individual is caught up in, simply by encouraging or insisting on cessation. This approach often appears to be the one suggested in Scripture (e.g., Ephesians 4:25-32) and it is appealing in its apparent simplicity: “If you are doing something wrong… just stop it… okay… just stop!”

However, for many of us, simply stopping a sinful habit is not so simple: rather it is hard. And many believers have struggled with sin/sins during their walk with Christ. What’s the solution?

Our text, offers us a way to get to the root of our sin problem. In the passage we are told that sin, i.e., any sinful act, is the RESULT of an enticed lust. In other words, sin is the fruit, but lust is the root.

A dictionary search tells us that lust is a strong desire, an intense longing; a craving for something.

What does it mean to entice?

Another dictionary search tells us that to entice means to attract artfully (skillfully) or adroitly or by arousing hope or desire; to tempt .

Therefore, sin is the RESULT of an intense longing that is given the opportunity to be fulfilled. And therefore, in dealing with sin in our lives we must first address the root cause of sin: lust. To illustrate this consider the following analogical story:

Little Charlie wanted a cookie from the cookie jar. He wanted it so much that it was all he could think of. And waiting until tomorrow, when Grandma would come to visit, seemed impossible; tomorrow was so far away. The cellphone rang. Mom left the kitchen to answer it, but she forgot to put the cookie jar back in the cupboard. Mom was gone, and the cookie jar was on the counter: Charlie now had a chance to get the cookie he had wanted so much….

Little Charlie’s problem didn’t start when his Mom left the cookie jar in reach and unattended. No, Little Charlie’s problem begun with his craving, his strong desire for a cookie. If his cookie-craving was gone, then it would not matter if cookies were available or not. But, with a strong cookie-craving driving him, the only thing else he needed was an opportunity. And once that opportunity presented itself, Little Charlie was in trouble: How could he turn down the opportunity to take what he had wanted so much?

Behavioral scientists are well aware of this concept. As a result, for example, diet drugs all fall in two categories (A) craving suppressants and (B) metabolic accelerants. In other words, scientists know that their only hope of helping a dieter lose weight is to control the lust (the craving) BEFORE the crisis or to control the result AFTER the crisis. There is NO middle ground. If craving meets opportunity, the dieter is overwhelmingly likely to succumb.

We see a similar strategy employed for helping people who want to quit smoking. In which case, ALL the emphasis is on controlling the cravings.

Yes, the Bible had it right all this time.

Despite this knowledge, it is surprising how resistant we are to addressing the root cause of sin in our lives or when helping others. 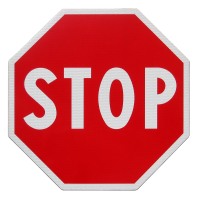 As mentioned earlier, our focus is far too often on the result (i.e., the behavior or the action(s)). We tell ourselves and everyone else: “Just say no.” But we know that it is often much too late to say no when we are already in the “heat of the moment”, when our long awaited desire is just about to be fulfilled. It can be very hard to say no, when the cookie jar is in reach.

Avoidance | Stay Away from the Fray 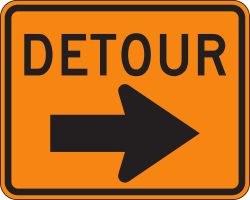 Sometimes we do go a bit further: we counsel ourselves and others to “avoid situations” that are likely to lead us into temptation. This is better advice, it is a step in the right direction and can help greatly. However, it still does not solve the problem and leaves us vulnerable. Because, it is often the devil who entices us, who skillfully provides the opportunities for sin. The Bible tells us that the devil roams about seeking whom he can devour: he is always devising opportunities for us to actualize our lusts. In our analogy, Little Charlie didn’t plan for the cellphone to ring, and he didn’t make his mom leave the cookie jar unattended where he could reach them; it just “happened”…

Deterrents | This is going to hurt… 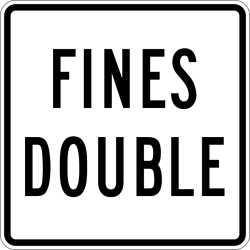 Deterrents are yet another way often employed to battle (some) sins. We don’t drive (too far) over the speed limit because we don’t want to get ticketed/fines. We don’t steal items from a store because we don’t wanted to go to jail. We try to encourage sexual abstinence in our children by describing the horrors of teenage pregnancies and sexually transmitted diseases. We threaten our own “little Charlies” with a spanking or a timeout if they take “cookies” when they should not. And so on…

Deterrents work, and the Bible encourages us to use them, especially for disciplining our children. However, deterrents only work for some sins and often only for children. Many of the sins Believers struggle with are not illegal. And, while actions do have consequences, there is often no one to “give them a spanking” or to “put them in timeout” for yielding to temptation.

If sin is the fruit, then lust is the root.

Anyone that has done much gardening knows that weeds can be a scourge. Weeds are a pain, they are unattractive and unruly: they mess up even the most manicured garden. And getting rid of them is a painful drudgery. Worst of all, even after one has spent much effort pulling weeds out of a garden, they reappear because the roots are often left behind. Consequently, after just a little time, the weeds reappear. If only the gardener could kill the weeds all the way to the roots!

Knowing this was a real problem, a famous chemical company manufactured a weed killer (herbicide) that it claimed killed the whole weeds including its roots. They even had a slogan saying: “No roots, no weeds, no problem!” They had the right idea, and they sold a LOT of their product.

Our text, shows us that God already had that idea long before we caught on. In the case of sin, the concept is: “No lusts, no sins, no problem!” Deterrents help sometimes. But what if there are no tangible imminent deterrents? Avoidance is also helpful. But what do we do when we are cornered, or when a tempting circumstance appears unexpectedly? We should always say no to sin when tempted, but how do we say no when we finally have the opportunity to do exactly what we have longed for?

To successfully overcome sin in our lives we must deal with the root of sin which is our lust. We must eliminate the very desires that drive us into sin, that make us vulnerable to satan’s enticements. The question is, “How?”

Whack the Weed with The Word

The answer is found in the verses immediately following our text

“Do not err, my beloved brethren. Every good gift and every perfect gift is from above, and cometh down from the Father of lights, with whom is no variableness, neither shadow of turning. Of His own will begat He us with the word of truth, that we should be a kind of firstfruits of his creatures.” ~ James 1:16-18

“…Christ also loved the church, and gave himself for it; that He might sanctify and cleanse it with the washing of water by the Word, that He might present it to himself a glorious church, not having spot, or wrinkle, or any such thing; but that it should be holy and without blemish.” ~ Ephesians 5:25b-27

Jesus washes us with the Word to remove sin from our lives.  And the Word of Truth makes us clean by first transforming our minds:

“And be not conformed to this world: but be ye transformed by the renewing of your mind, that ye may prove what is that good, and acceptable, and perfect, will of God.” ~ Romans 12:2

David put it this way:

Wherewithal shall a young man cleanse his way?
………………by taking heed thereto according to Thy word.
With my whole heart have I sought thee:
………………O let me not wander from Thy commandments.
Thy word have I hid in mine heart,
………………that I might not sin against Thee.
Blessed art thou, O Lord:
………………teach me Thy statutes.
(Psalm 119:9-12)

Our lusts are eroded away by the transformational action of God’s Word of Truth, The Bible, on our hearts and minds.

It is wise to avoid situations that promote or entice or enable sin.  And it is helpful to have deterrents in our lives to dissuade us from sinning.  Indeed these strategies are critical steps in overcoming sin in our lives.  But, they are incomplete solutions and often only temporarily effective.

As long as we try to tackle sinfulness by focusing solely on the sinful acts, rather than the lusts that produce them, we will live in frustration. The only way to stop a weed from sprouting is to kill it at the root. God provided us with the best (and only) sin killer available to man: His Word. God’s Word of truth will transform us inwardly so that our very desires will change. And when the root of a sin is gone, the sin goes with it: No root no sin, no problem.