“26And in the sixth month the angel Gabriel was sent from God unto a city of Galilee, named Nazareth, 27To a virgin espoused to a man whose name was Joseph, of the house of David; and the virgin’s name was Mary.” ~ Luke 1:26-27

This passage is the opening line of that section of Scripture often referred to as “the Annunciation” where the angel, Gabriel, announces to Mary that she would be the one to give birth to Christ Jesus, the Messiah. Accordingly, our text sets the stage not only for the message to be delivered to Mary. But, perhaps even more profoundly, it sets the stage for the message Jesus, and His followers would deliver to the world. Let us explore some of the points embedded in this rich passage by looking at the names used therein.

God sending the angel Gabriel with the announcement to Mary is revealing. First, consider that the meaning of the name “Gabriel” is “man of God”.  Second, Gabriel was sent to Daniel twice to explain visions Daniel had received from God, and (earlier, in Luke 1:5-20) to Zacharias to announce the upcoming birth of his son, John. 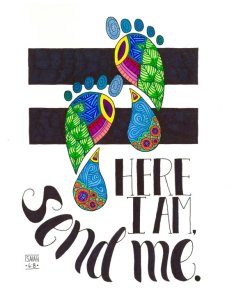 Putting these two points together, we see that “The man of God” is sent by God to deliver His message to whoever needs to hear it.

“And Jesus came and spake unto them, saying, All power is given unto me in heaven and in earth. Go ye therefore, and teach all nations, baptizing them in the name of the Father, and of the Son, and of the Holy Ghost: Teaching them to observe all things whatsoever I have commanded you” ~ Matt. 28:18-19

At Christmas time, and all the time, Believers (“men and women of God”) are appointed to deliver God’s message, to announce God’s truth, to those whom we are sent; just like Gabriel did.

Nazareth was a small town in the multicultural/multiethnic region called Galilee, which was geographically part of the former kingdom of Israel. What makes Nazareth interesting and instructive is its location, which was on one of the hills overlooking the plain of Esdraelon. The plain of Esdraelon, also known as Jezreel, was famously the location of several significant battles in the history of the Hebrew nation, e.g.: 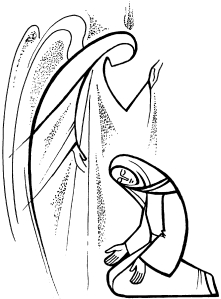 Each battle was a showdown between the forces of good and evil. Each battle represented a crisis of faith: who do you believe in? Which side are you on? Which way is right? Whenever the children of Israel called on Him, God won every battle for them. But, without fail, they would turn away from God and back into idolatry.

The plain of Esdraelon eventually also became known as the valley of Megiddo or Har Megiddo from which we get the name Armageddon (Revelation 16:14-16): The place where the final battle against evil will be fought.

The annunciation of Jesus’ birth and that He would grow up in Nazareth overlooking the plain of Esdraelon, the valley of Armageddon, emphasizes that Jesus came as Saviour, Saviour from God’s impending judgment. God, looking down on Esdraelon on the battles between good and evil, sent His ultimate solution and our ultimate opportunity to choose whose side we are on. Jesus is God’s final answer to the fundamental question of faith: “Whose side are you on?”

“God, who at sundry times and in divers manners spake in time past unto the fathers by the prophets, Hath in these last days spoken unto us by his Son…” ~ Hebrews 1:1-2a

Jesus’ birth heralded the beginning of the end. 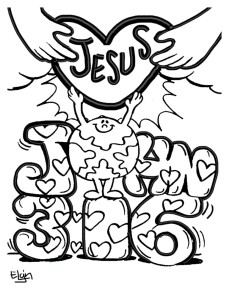 Hebrew lexicons tell us that the name Joseph” means “Jehovah has added”. “David” means “well-beloved”. And “Mary” (in Hebrew) means “their rebellion”. Altogether, these three names convey the beautiful message of salvation, which Jesus’ death made possible.

In announcing Jesus’ birth, God was sending the message that in Jesus He had added a way to salvation that was not available before. That way to salvation was made available to mankind because of their (our) rebellion (sin) which had broken the fellowship between man and God. And the reason God was adding a way of salvation to the life experience of man was because they were well-beloved.

The famous passage in John 3:16 puts it this way:

“For God so loved the world [“well-beloved”], that He gave His only begotten Son [“Jehovah has added”], that whosoever believeth in Him should not perish [for “their rebellion”], but have everlasting life.” ~ John 3:16

Jesus birth was an act of love from God our Father, who was making a way where there had been no way a way. A way to return to Him, a way to be saved from the penalty and power of sin in our lives.