Conducting business transactions can be a minefield for Believers because worldly business culture usually focuses more on maximizing profit even if it means overstepping ethical boundaries.

Many business deals are often crafted in secret, rely on an insider network, and/or create obligations that ensure future alliances/dependence.

How then can a Believer navigate the world of business in a way that honors God?

To be clear, business deals are not inherently wrong. But it is equally obvious that the worldly business practices of worldly men are worldly instead of godly. Thus, the goals of Believers are often diametrically opposed to those with whom they must do business.

Genesis 23 records Sarah’s death and the how Abraham, her husband, bought a cave in which to bury her. By examining how Abraham conducted business with the ungodly Hittites in the land of Canaan, three principles emerge, (1) Identity, (2) Intent, and (3) Independence.

Driving Abraham’s business practice with the worldly Hittites was the notion that He was a “stranger and a sojourner”. Even though he had dwelled there for more than forty years, Abraham saw himself as different, not one of the Hittites. And he didn’t consider Canaan to be his home, he was just a visiting for a while. As a stranger and a sojourner, Abraham wouldn’t let himself operate on the level of the Hittites. Otherwise, he would become one them.

This perspective is echoed in Jesus’ instructions to His disciples and in His High-Priestly prayer.

Therefore, the first crucial issue that confronts us is one of identity: “Am I of the world, or am I of Christ?” Our dealings in business, and the other aspects of life, will depend inescapably on our genuine answer to that question. If our citizenship is in Heaven, why would we identify with or imitate the world?

And Abraham stood up from before his dead, and spake unto the sons of Heth, saying, “I am a stranger and a sojourner with you: give me a possession of a buryingplace with you, that I may bury my dead out of my sight.” ~ Genesis 23:3-4

The terms “sons of Heth” refers to the Hittite nation that lived in the part of Canaan that had the cave Abraham wanted to buy. Abraham could have sought out the owner of the cave and made a deal with him to purchase the burial cave for Sarah.

The public way in which Abraham conducted the transaction made it open to everyone’s scrutiny. But that was the point. Having the purchase out in the open reassured all the stakeholders that there was nothing improper about it. Abraham could not be accused of taking advantage of the seller. And it was clear that the purchase was nothing more than a business deal: Abraham was not making an alliance with the seller or seeking to establish himself in the area by acquiring land.

In the discussion surrounding the purchase, it is clear that the Hittites see Abraham as a powerful entity in the region (Genesis 23:6). And power often engenders fear and envy, even more than it does praise and respect. Abraham’s transparency was inclusive and would have been reassuring to the Hittites.

Christians conducting business deals must likewise be as transparent as possible. Darkness provides opportunities for sin to creep in and gives an excuse for suspicion.

Jesus put it this way:

Many refuse to come to The Light because coming to Jesus will expose their evil conduct. But those who seek after righteousness run to Jesus, gladly making themselves available for His scrutiny, because they want to do what’s right.

Christians must embrace transparency in all transactions with the world because it allows us to demonstrate, to make clear to all, that our dealings are righteous because we are servants of Christ Jesus. Transparency helps us to avoid sin and confirms our intent to honor God.

In contrast, the world does not like transparency and actively seeks to avoid it whenever possible: fearing that exposure will reveal their true intentions and limit their ability to gain the advantage.

[Ephron:] “Nay, my lord, hear me: the field give I thee, and the cave that is therein, I give it thee; in the presence of the sons of my people give I it thee: bury thy dead.”
And [Abraham] spake unto Ephron in the audience of the people of the land, saying, “But if thou wilt give it, I pray thee, hear me: I will give thee money for the field; take it of me, and I will bury my dead there.” ~ Genesis 23:11a & 13

Not all gifts are good. Abraham wisely insisted on paying Ephraim to acquire the cave of Machpelah to bury Sarah. In the times of Abraham, and even today, gifts were often used to establish an alliance (e.g. Genesis 21:27). Accepting the cave of Machpelah as a gift would have tied Abraham to Ephron. And Abraham’s independence would have been diminished. 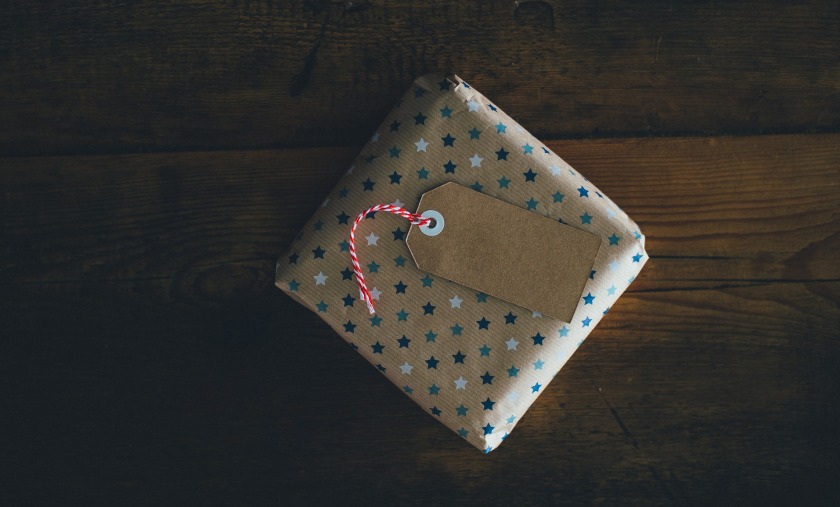 Abraham made a similar decision when the King of Sodom had offered him the spoils from Abraham’s defeat of Cherdolaomer (Genesis 14).

“…I will not take any thing that is thine, lest thou shouldest say, I have made Abram rich:” ~ Genesis 14:23b

Conversely, Abraham gave Abimelech a gift (Genesis 21) that obliged Abimelech to return a well that Abimelech’s servants had stolen from him.

Like Abraham, Believers must be careful about receiving gifts because of the potential of becoming obligated to the gift-giver. This is especially true in the business world where such entanglements can compromise our ability to honor God in our dealings.

As the Book of Proverbs points out:

“A wicked man taketh a gift out of the bosom to pervert the ways of judgment.” ~ Proverbs 17:23

“He that is greedy of gain troubleth his own house; but he that hateth gifts shall live.” ~ Proverbs 15:27

Again, not all gifts are bad, and not all gift-givers are evil. But some do use gifts to entangle/obligate others with themselves. In other words, gifts can be used as bribes. Therefore, we should be cautious whenever we are offered a gift. (Interestingly, the Hebrew words “shakh’-ad” and “mattânâh” can both be translated as either gift or bribe.)

“And thou shalt take no gift: for the gift blindeth the wise, and perverteth the words of the righteous.” ~ Exodus 23:8

Therefore, the third crucial issue that we must consider in our business transactions is independence from worldly entities: “Am I free to go as God guides me, or do my obligations (entanglements) limit what I am willing to do?” Our genuine answer to that question will determine how important serving God is to us. What steps am I willing to take to ensure my independence from the world so that God is my only obligation?

It is vital that Believers answer to God only. If we become obligated to others, then our decisions and actions will be compromised: we will be unable to serve God unhindered.

“Be ye not unequally yoked together with unbelievers:
For what fellowship hath righteousness with unrighteousness?
And what communion hath light with darkness?
And what concord hath Christ with Belial?
Or what part hath he that believeth with an infidel?
And what agreement hath the temple of God with idols?
For ye are the temple of the living God; as God hath said, I will dwell in them, and walk in them; and I will be their God, and they shall be my people.” ~ 2 Corinthians 6:14-16

The example provided in Genesis 23 of how Believers should conduct business in a world hostile to God demonstrates that God cares about all aspects of our lives. Nevertheless, one might wonder whether it was a crucial part of the story of Abraham.

In the preceding chapter, Genesis 22, the great faith of Abraham was demonstrated before God on the mountaintops of Moriah. However, while faith “on the mountaintop” is important, we spend most of our lives “in the valley” where we daily interact with both the godly and the ungodly: the saved and the unsaved. How do we demonstrate our faith then?

Real faith doesn’t exist only “on the mountaintop”. Real faith shows up in our day-to-day decisions, in how we treat people, in our value-system and how we represent God to the world.